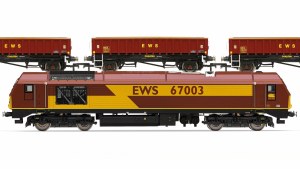 2016 marks the 20th anniversary of the formation of one of the United Kingdom’s most distinctive Railway Operating Companies, English Welsh & Scottish Railway Ltd, or EWS as it was more commonly known. The merger of Rail Express Systems, Loadhaul, Mainline Freight and Transrail Freight into North and South Railways during March 1996 was followed, on April 25th, by the unveiling of the EWS brand, but it was not until October 1996 that the English Welsh & Scottish Railway Ltd was formed.

On December 24, 1996, EWS was announced as the preferred bidder for the loss-making Railfreight Distribution, a deal concluded on March 12, 1997. At that point EWS controlled 90% of the United Kingdom's railfreight market and by 2006 the company's turnover was approaching £1 billion, with the UK market share standing at around 70%. On June 28, 2007, Deutsche Bahn announced it had agreed to purchase EWS, subject to receiving regulatory approval and the sale was completed on November 13, 2007. Despite assurances to the contrary, on January 1, 2009 EWS was rebranded as DB Schenker, their corporate red livery displacing the highly distinctive EWS maroon and yellow livery.


Please note that this train pack does not include track or a controller, although they are available separately

✗ Out of stock, item Sold Out

This item is not in stock and we don't know when, or if, this item will be back in stock as it is sold out at the supplier. 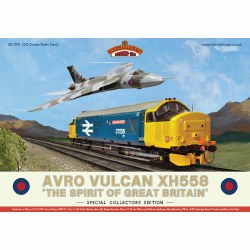 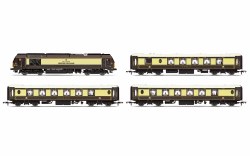 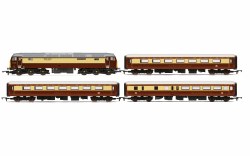 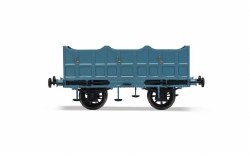 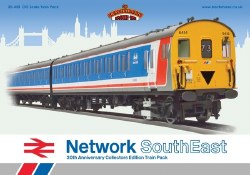 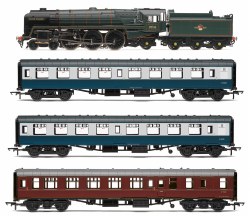 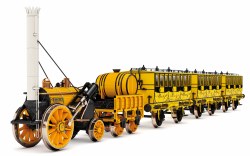